Following our adventures at Pueblo Bonito came a day that I, along with everyone else, was thrilled for. For most of our group, it was the facilities of our next campground that were such an exciting prospect. Not only could we take hot showers, they also had WASHING MACHINES. The exciting thing for me though, was that we were visiting one of the namesakes of my research project - Lake Powell. Nearly 150 years prior in the very same place I was to visit, John Wesley Powell had faced his demons. Another man who had been brainwashed to run toward his fears instead of away from them - another man who fought an internal battle that only a select few were invited to see. It was a great reminder of the collective spirit of humanity, and that most journeys we experience now have been experienced by thousands of humans before us. The best part is that, if we're wise enough to learn from their experiences, we can emulate their success and avoid their mistakes. We can learn how they coped with pain, and how they conquered (or indeed, succumbed) to it. In all of the journals Powell kept throughout his entire trip, he never once wrote about having only one arm or the complications that went along with his disability. It wasn't just his guts that earned him his spot in history, though - the U.S. Government had refused to fund his expedition, so Powell paid for it all himself. Using his own capital, earned while collecting terrible memories in a war zone, Powell completed the map of our United States of America. If you'd like to learn more about the man who white-water rafted before it was cool (or his salty war-veteran crew), check out his museum page, Here!, or Order this book!

A huge part of the adventure on May 17th was the drive to Page. The landscapes were incredible, and we stopped at multiple lookout points, pictured below. 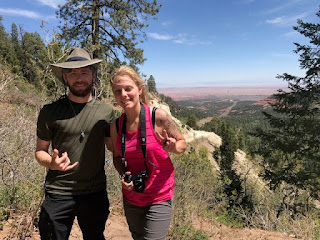 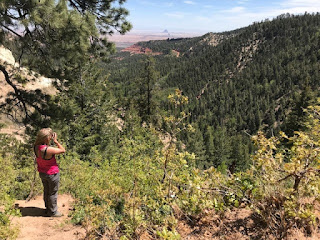 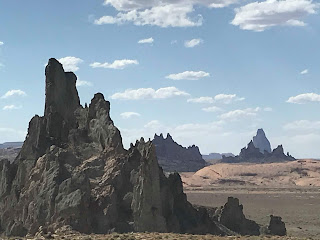 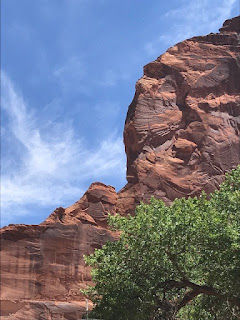 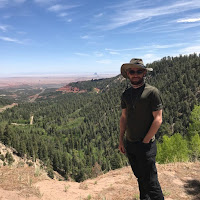 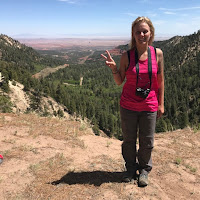 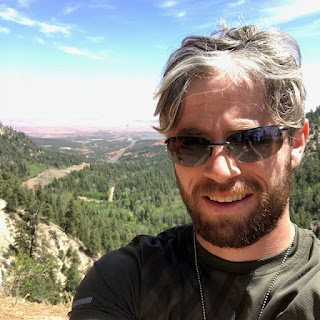 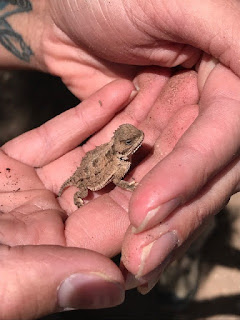 In addition to the overlooks, we also stopped to hike "Cathedral Wash," which was beautiful beyond belief, but ended in tragedy. Pictures below. 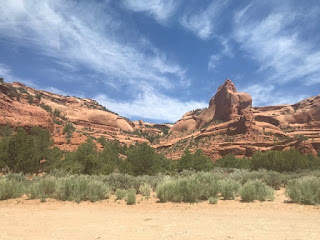 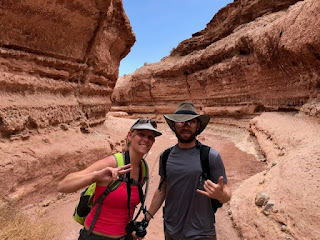 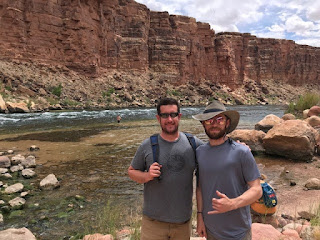 Shout out to my man BEN for the tiny background photo bomb! And also to my good buddy Steve-pa, who I insisted upon taking a "bro-pic" with at this section of the Colorado River.

The water at Cathedral wash was bone cold, but that didn't stop Amanda from swimming the small section of rapids. She managed to survive the swim unscathed, but later stubbed her toe (big time) on one of the rocks hiking out. Instead of using her medic skills to treat the wound, she just kept hiking and let the dirt do its job. I spend a lot of time studying people - my person in particular - and this was an educational moment concerning how she handled pain (What a gal). After much internal debate about whether to include a photo, I decided to include a small one. If you're offended, just pretend it's ketchup. 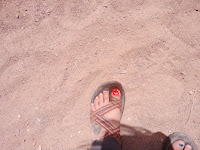 After a long day of adventuring, we arrived at Lake Powell. The first night there ended with one of the most beautiful sunsets I've ever seen, and I happened to get an extremely inadequate representation of it in the picture below. By this time, I was falling into a rhythm of waking up a little earlier than most of the group for a cup of camp coffee, and the sunrise (also below) was equally stunning. 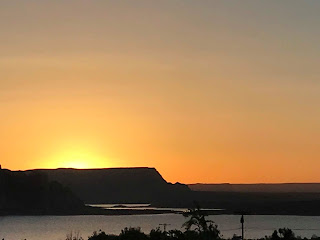 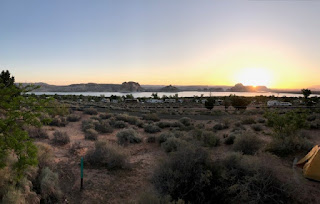 
Lake Powell's facilities genuinely were incredible, and it's one of the many places across the Southwest that I have every intention of returning to in future adventures. It was cold there, but that didn't stop the Gypsy and I from sleeping in a hammock under the stars. We even braved the icy waters, where everyone looked at us like we were entirely insane. In fairness, I wouldn't have gone in if Amanda hadn't. It was a test of focus, and an opportunity to overcome physical discomfort together since we were already accustomed to overcoming demons of the mind. It was also good therapy for sore muscles, which were unaccustomed to daily hikes. It was a good thing we took the opportunity to rest; our hike into the Grand Canyon itself would soon follow.

Lastly, if you're enjoying reading along and haven't read my first ever (self) published book, I just relaunched it with about a dozen new works in it (BUY ME?). It's a poetry anthology focused on self-recovery through writing. It contains a journal in the back, and is sold entirely for charity (random acts of kindness, donations to charitable organizations, helping those in need, etc). It would make a great stocking stuffer and it would mean a lot to me to have your support, and even a review on Amazon. If you know someone struggling with a mental disability, I'd like to try and send one for free. I can do so anonymously, and it might help them back onto their true path. Oh hey, what's a book without a bookmark? Thanks, earth-walkers. Love ya'll.