After the hike on May 15th, Amanda and I celebrated our newfound friendship with a bourbon night cap and too many cigarettes. It was a transition phase after all, and sometimes transitions proceed more smoothly accompanied by strong alcohol and tobacco. It was lovely to relax after a day of adrenaline, and we both were content not only to enjoy each other's presence, but to hang out with the younger members of the group who were also in high spirits.

During the initial trip from Tennessee to New Mexico, we were both back-up drivers because of our age. Unfortunately, that put us in separate vans following our acquaintance, but neither of us really minded it. With such recent divorces, we were naturally skeptical of humanity and each wanted to ensure that our focus on the trip stayed in the right place. I'd learned a lot about Amanda: that in addition to processing her own divorce, the mental scars associated with life as a paramedic can be equally or sometimes even more difficult to overcome than those associated with military service.

Anyone who has consistently experienced what others would consider "trauma," can struggle against the inclination to come up with this go-to list of what causes their nightmares. For me, the list was the death of a childhood friend, religious extremism, my father's alcoholism, my grandfather's failed battle with cancer, human trafficking, tribal violence, sex slaves, dead children, and a terrible night involving a hotel fire. For Amanda, the list was comprised of a number of suicide scenes and injuries, the worst of which involved grievously wounded children or the lost battles for life. She consistently dealt with drug addicts, car wrecks, and other emergency calls, and never knew what she would find upon her arrival as a first responder. In sum, we both had our own shit to process, and the van rides were a good time to do so.

I'll admit that I felt a pang of sorrow though, that we couldn't carry on our conversation during the drive between sites. What everyone else on the trip probably saw was a couple of students starting a "SWFT-fling," while in fact, even in the beginning, Amanda was astronomically helpful for me in processing years of pent-up emotion. Contrarily, for anyone reading along who may be going on the trip, I would not rationally suggest finding romance there. There is in no way a "dating show" vibe. It isn't the bachelor, with a group of singles gallivanting around the world's most romantic places in a  publicly displayed search for love. In our case, we each had been through hell, had learned to handle it on our own, and then found a companion we could trust to bare some of the weight after learning to survive it. It was something I didn't personally understand, having never in my life trusted anyone to help me bare the weight of my contemplations. Very few people even in my inner circle have any idea the things I've endured.

Imagine that two people are thrown into separate pits which are a hundred feet deep. They survive off of muddy ground water and the occasional animal that falls in. They eat worms and bugs and even the dirt itself, and are stuck living in the waste that such survival generates. Rancid, miserable, decay. For years they endure such a lifestyle before realizing that, just a few feet away, there is another person in another pit who understands their plight. So, they use the bones left behind by their decaying meals to dig a tunnel which connects the two pits. They begin to survive together, sharing the few comforts they each possess with one another. Their quality of life improves insurmountably just by having someone to survive the horrors with. Someone who gets it. Eventually, strengthened by companionship and the desperation to help not only themselves, but a loved one, they devise a way to climb out of that hell and live again instead of only surviving.

Anyone who thinks that analogy is an exaggeration will have to stay tuned to my writing for the forthcoming full-length memoir.

The above may seem off topic from the subject, but it's important to me that I highlight where I was mentally throughout the trip: this is my subjective account, and for me the stakes were quite high. Now that I've done that, I'll return to the trip itself.

May 16th was spent in a beautiful place called Chaco Canyon. Following the drive, Amanda and I cautiously reconnected for the day that followed, both considering one another's emotions more than our own. We were both cynical, but I think we each decided that if it was indeed a "field-trip fling" that it was okay; it was worth pursuing on the off-chance it could develop into something more. We explored the beautiful Pueblo Bonito, which was occupied by the Puebloans from AD 828 until AD 1126. We hiked a ridge overlooking the village as well, and captured the beautiful images below. 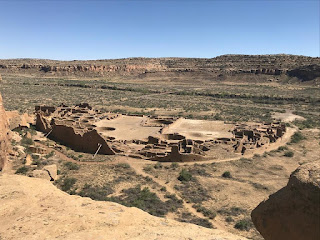 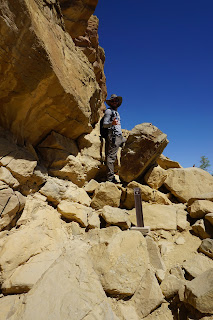 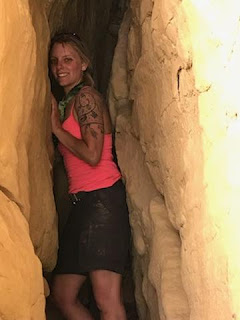 Amanda naturally had to take a picture of her Chacos in Chaco Canyon. 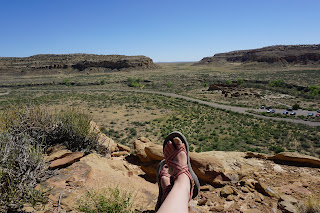 The campsite was nearby in Chaco Canyon, so after the initial hike, the professor agreed to allow us and a couple others to hike to the popular Supernova petroglyph depicted below. It was the first time that Amanda and I witnessed together what we'd both seen many times before we met: peoples' disgusting habit of defacing important natural and historical artifacts. Carved over-top of ancient petroglyphs throughout the canyon were the initials of young couples who had visited the area. Beside an ancient deer depiction was Godzilla's mouth open wide to consume it. Ridiculous. But it was still something of a magical experience to see the art work of those ancient humans, and to relate to them as a part of the human collective. By viewing each individual piece of a puzzle for what it is and the truths it contains, we can better understand what the completed image represents. 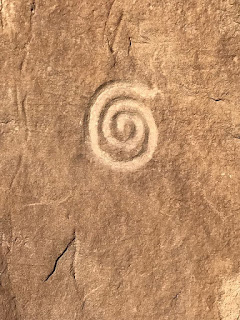 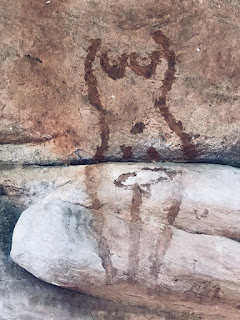 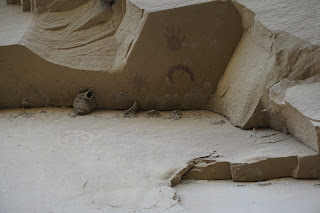 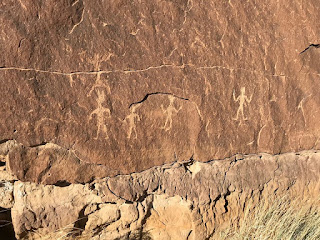 I'll also include, for the sake of authenticity, that this long and rather exhausting hike is when I first discovered within myself that Amanda and I were more than a SWFT romance. The conversations we had that day did more to heal me than perhaps any others I've had in my life, and she has this sort of undefinable wisdom about her that I can't fathom, but am truly thankful for. Before the 16th, I'd sensed it, but never seen it. That day I saw it, and I did something I hadn't done for a very long time: I felt hope that maybe my life was something that I could enjoy, rather than simply contributing what I needed to to humanity before dying. In an ancient village in Arizona, I found new life. 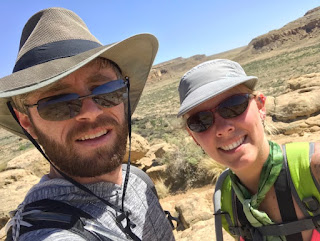 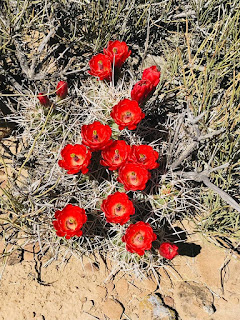