Greetings all: As you can see from the pictures below, we decided to celebrate Thanksgiving a little differently this year. We traveled to the mountains for some time in the serene outdoors. There was a surprising amount of traffic in the Smokies, which both restored some of my faith in humanity and caused us to modify our plans of finding solitude in nature. Instead of a ten mile hike to Mount Leconte (which was absurdly busy), we visited Clingman's Dome, which was both beautiful and tainted by humanity. As we looked over the extraordinary mountain range which is so pivotal a place in both our lives, we heard the annoying mosquito-buzz of a drone flying overhead. We breathed the fresh, cold, crisp air, and noted the subtleties of a popcorn flavored vape and cigarette smoke blended within it. A would-be alpha male prodded his wife up the trail, teasing her because her efforts in playing tennis weren't enough to help her keep up with him. Prick.
I looked away from humanity to the nature beyond them, ashamed of what masculinity has come to represent. Do you really think that the complete strangers you're surrounded by are that impressed by your ability to walk?

In the end, we didn't spend any time at all at the lookout tower of Clingman's dome, which was packed like a sardine-can full of people who had no respect for nature. Disgusting arrogance. People who try to conquer their surroundings instead of exist within them. We tried to let go of our resentments toward the "leafers" and tourists, who were in the mountains for reasons which completely confound me. For us, the mountains are a place of magic and healing. 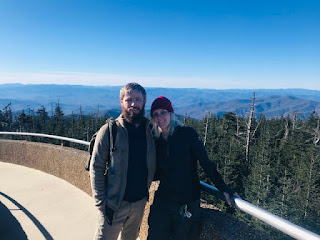 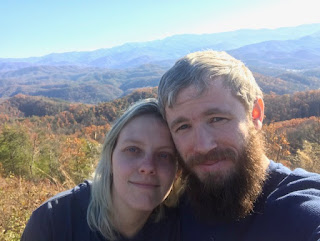 I elected to study my human instead of the rest of them, and in moments like the ones below, found her doing the same. Thanksgiving. 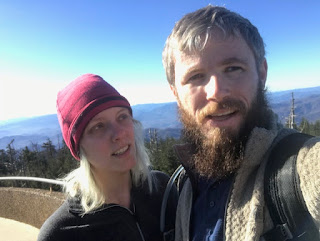 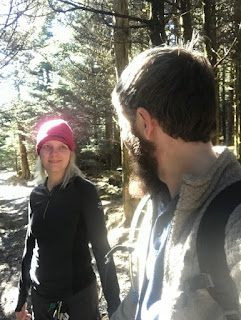 Ultimately, we were able to find the serenity we sought and spend a quiet day together reflecting on all that we are thankful for. I recounted a fact that I've learned many times, which is that, while many people enjoy pretending that their primary role in life isn't to be a cog on the wheel of capitalism, very few people live the lifestyle of seeking life's greater secrets in nature. 'Twas destiny that led the Bard to the Gypsy, and both to the path less traveled.

Every day that I spend finding the lost language of nature reaffirms my life mission: to provide for my family while helping others to find that same peace. To build a community of seekers who, together, can become the best version of themselves.

Near lunchtime, we traveled across "The Missing Link," which if you aren't aware of it, is definitely worth checking out Here! It's basically a portion of roadway which is built into the mountain side. A number of issues (primarily government funding) has delayed the road's completion for well over a decade, but it was completed this month! The drive was beautiful and, given that societal expansion is basically inevitable, we found that the construction was respectful of the natural beauty of the Smoky Mountains.

To pay respect to our mountains, I purchased the following hat, available only to members of the Great Smoky Mountains Association. The association contributes to the preservation of historic buildings such as Mingus Mill. It also contributes to the protection of natural habitats for plants and animals such as the Hemlock tree and the Black Bear. For more information on the Great Smoky Mountains Association, visit This Site! Amanda got a super-soft hoody which "was so soft that she was tempted to force me to strip my shirt off in the cold just to try it on."

Here are some of my favorite photos from the day: 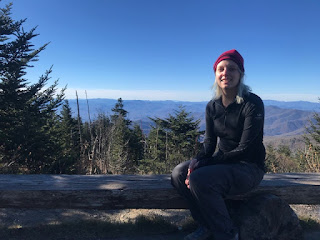 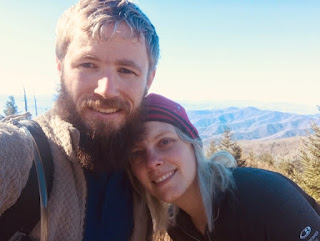 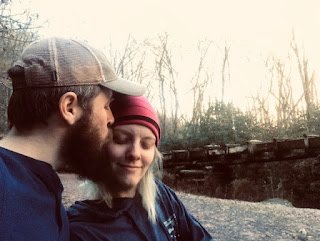 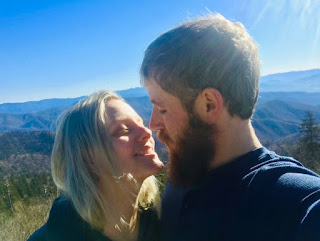 After spending a half a day in the mountains, we stopped by my parents' house for a Thanksgiving dinner and some of the best company anyone could ask for. We shot guns (responsibly), and road four-wheelers, and further reflected on the things that have made us who we are today.

Thankful beyond words for the lessons I've learned in this life, and for the people I've learned them with. To the Gypsy: Thanks for another adventure, and for speaking all of my most reserved and complicated languages. Happy Thanksgiving, folks!