A Month In The Life of a Lion

I haven't had the time to write about life in the past month or so - I've been too busy living it. Fiercely and unapologetically. I've walked my authentic path and the result is something I haven't really experienced in the past: Happiness. Not some idealized version of the word, but rather the experience of living in the present moment without thousands of other things weighing down on my mind.

It hasn't been the forced version of happiness so common in America these days. It's not an Instagram photo with just the right filter to project false contentment. It's not ambition, where people scrape and hoard, using debt to fill a gap they can't explain. It's just happiness, man. The simplicity of it is a wildly complicated thing for an idealist like myself to describe, but it's just so easy - so natural - to experience. A life where I don't accept the guilt of other peoples' judgements. A life where the people that Amanda and I surround ourselves with love us for who we are without dissecting every decision we make or how it effects them. It's a life of agape love - of unconditional acceptance and respect of who a person is and why they make the decisions they make.

Acceptance...agape love...unconditional support. Wait, are we talking about a marriage?

As many of you may know, we are speaking of a marriage. All I've described above has indeed occurred on a larger scale, but only because we took the time to ensure it occurred on a smaller one. The concentrated version of the peace I've been writing about has a face: It's the one smiling in the engagement photo below. 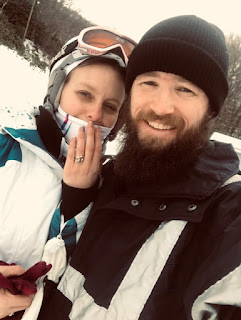 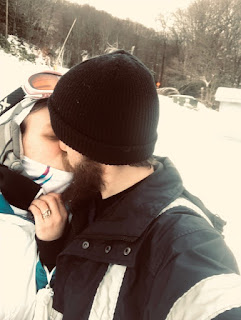 On Christmas Day, atop a ski-lift at Cataloochie Mountain, NC, Amanda agreed to be my wife. She accepted a ring that I had created for her by a craftsman in Israel who read our story before he began his work. The entire process, from the carving of a wax mold to the final setting of the diamond I chose for my wife, was undertaken with Amanda in the thoughts of the ring's creator. You can find pictures of Doron Merav's beautiful craftsmanship below, or visit his shop, Here! Doron is an alchemist who (rather than turning objects into gold) turns gold into lifelong promise. The only thing better than his craftsmanship is his level of customer service. I asked him to document his creation so Amanda could see that it came from nothing and was meant for her alone, and he provided me with the pictures below. 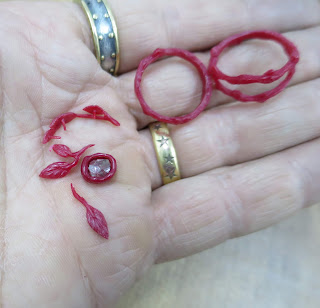 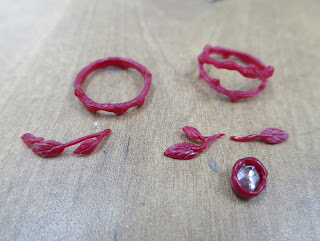 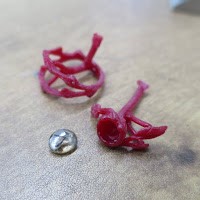 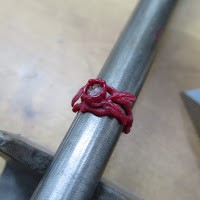 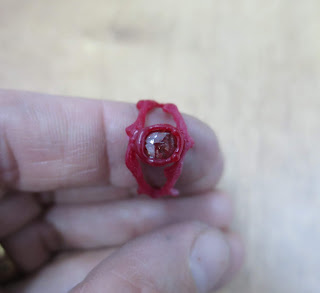 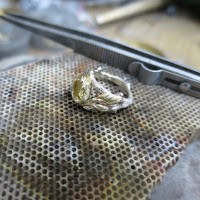 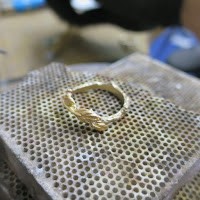 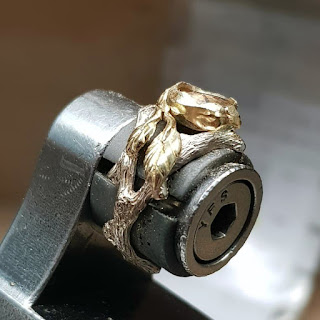 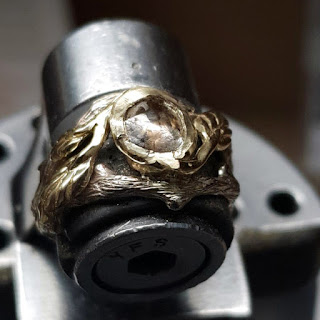 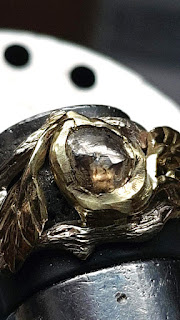 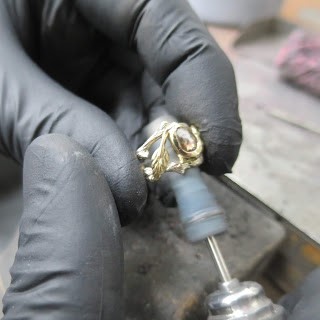 And here is a picture of the final product that I took upon its arrival: 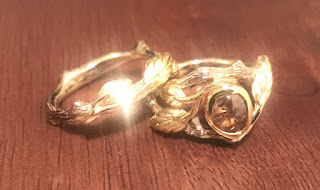 It's no secret that Amanda and I both individually had a rough few years before we met each other. It's also no secret that we both got out of relationships that weren't meant for us before we found one another. It's not a secret that we both distanced from the people in our lives while we focused on some important things that many people NEVER find the time to focus on: Who we are, how that has changed based on our life experiences, and just what it is that we want and need moving forward. What we want to contribute to the world in our lifetimes. We both found it at the same time, and we found it together.

"And so rock bottom became the foundation on which I built my life." - J.K. Rowling


I couldn't wait to marry her. Couldn't wait a year...not a month, even. I saw what the world was supposed to be and we, together, made it happen. Apart, we were survivors...together, we are conquerors. Our best mutual friend - a man largely responsible for our introduction - got ordained for us, and we were married on 1/13/2019. (Thanks, Steven!) 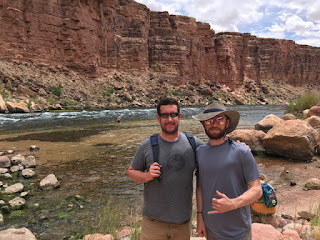 There's always been noise in my head, and a desperation to make it stop. I've constantly set my mind on some unachievable task or another. These days, and with Amanda by my side, I still have a mission, but it isn't a noise. There are no screaming voices that only I can hear. There's no desperation.

I still have things that I (myself) must contribute to the world - mostly through writing. My mission in life is to give the collective human perception a few "nudges" which, combined with similar nudges from a thousand idealists, will redirect the course of human thought.

We will encourage authenticity, self-care, and the pursuit of knowledge. We will defy dated perceptions that our lives must be lived out according to some societal mold, or that God is a tyrannical character that's full of vengeance and destruction. We will learn to accept and love our truest selves, and in doing so, will be better equipped to find the person who completes such a love.

In time, I will nudge.

But for now, I exist in this moment. I treasure this feeling. And with the support of a human that I will live and die with, I rest and recover from a world that has exhausted me, and I learn that the world doesn't have to be as cruel a place as I have always imagined it to be.

Pictures from the month's other adventures can be found below - it was really far too much to write about in one sitting. We spent time on a friend's beautiful farm. We taught my brother to snowboard and celebrated Christmas and New Years with our family and close friends. We went mud-bogging until around midnight, and very nearly got stuck. We spent time with the most precious little toddler on the planet. I started a new job where I have my own space and my efforts are appreciated - the first position I've held in my adult life where I don't wear a uniform. We expanded our start-up business. I nearly completed my memoir - just a few edits and expansions to go until my next book is completed.

Too much, indeed, to fully describe. Much love, humanity. Talk soon. ;) 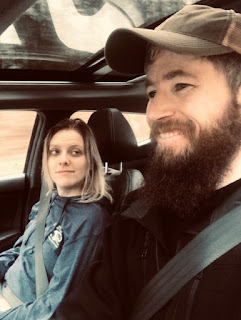 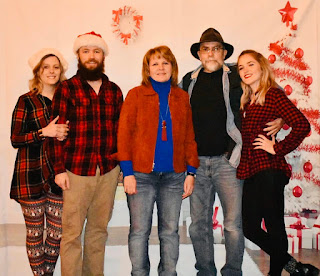 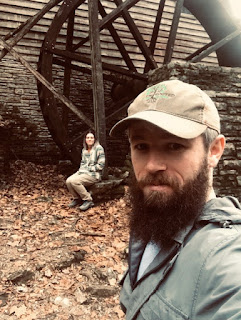 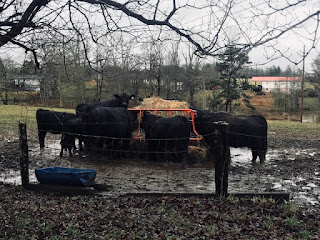 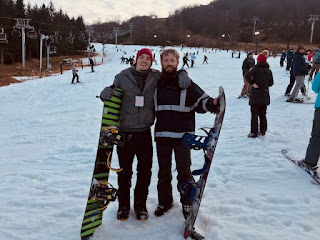 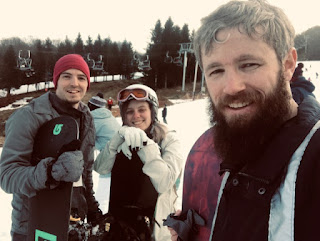 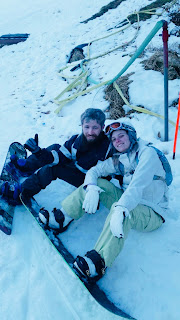 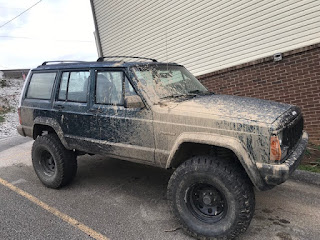